[Introductory Level Education] -Lesson 2- The Basics of the Bible

-Lesson 2- The Basics of the Bible 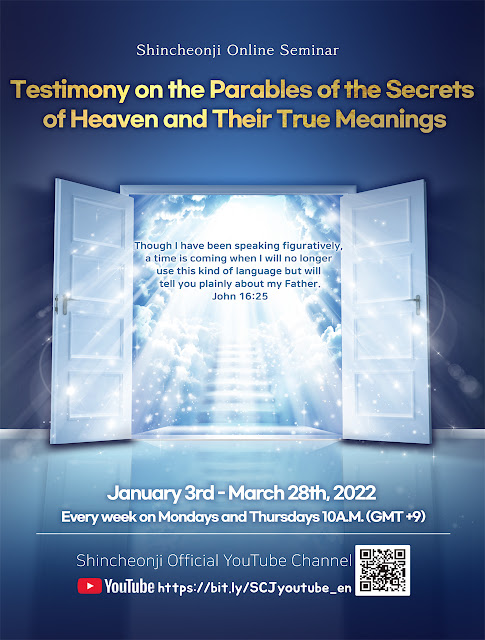 Amid a global decline in the religious population, a clear explanation of the Bible has drawn more than 140,000 believers to the church and the attention of millions.

“Shincheonji Online Seminar: Testimony on the Parables of the Secrets of Heaven and Their True Meanings” is held by Shincheonji Church of Jesus, the Temple of the Tabernacle of the Testimony. This round of seminars focusing on understanding parables written in the Bible in the New Testament will be on Youtube live-stream on every Monday and Thursday on 2am(CET) from January 3rd to March 28th.
“Parables are the key element to understanding the secrets of the kingdom of heaven. The prophecy of the Old Testament was fulfilled at the time of Jesus in his first coming. Now Jesus left his prophecy of the New Testament to be fulfilled “when the time comes” (John 16:25). We are heading towards the true meaning as the prophecy is revealed,” said an official of the church.
The previous seminars on the book of Revelation for the last three months on YouTube were released in 24 languages and reached 7 million views in 136 countries including 16,000 pastors as participants. Shincheonji Church of Jesus said that 1,200 global church leaders in 57 countries have signed MOUs with the church to boost international cooperation and exchanges for educational support.