The Faith, Skill, and Knowledge of Shincheonji Saints

The Faith, Skill, and Knowledge of Shincheonji Saints 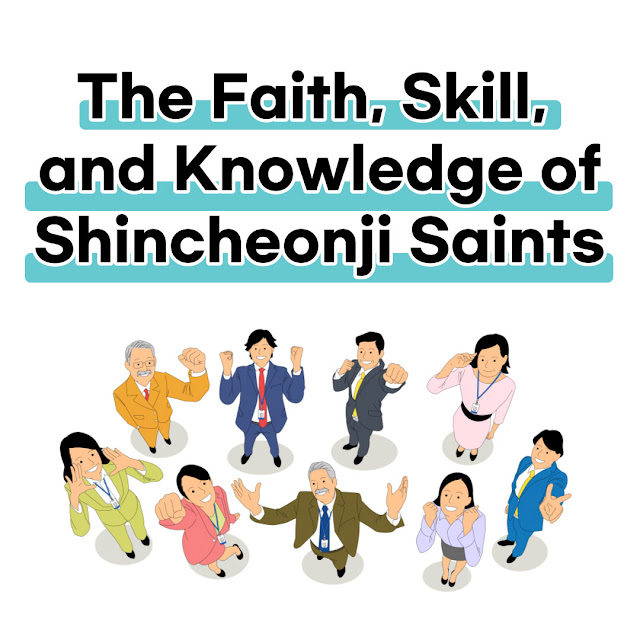 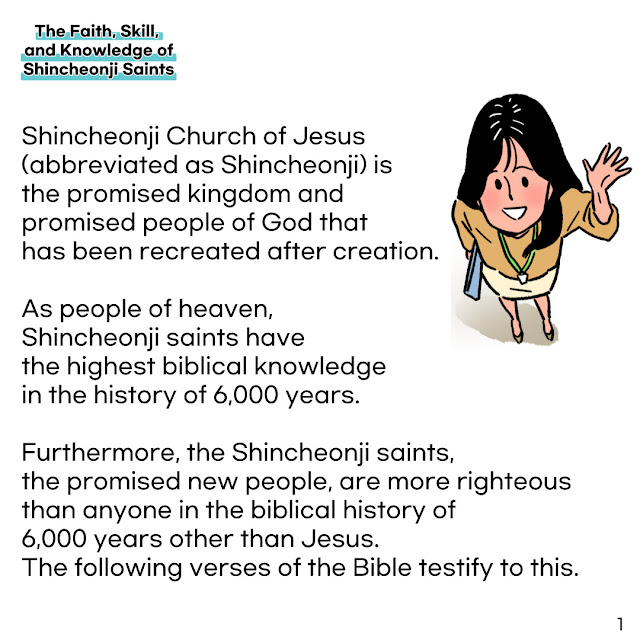 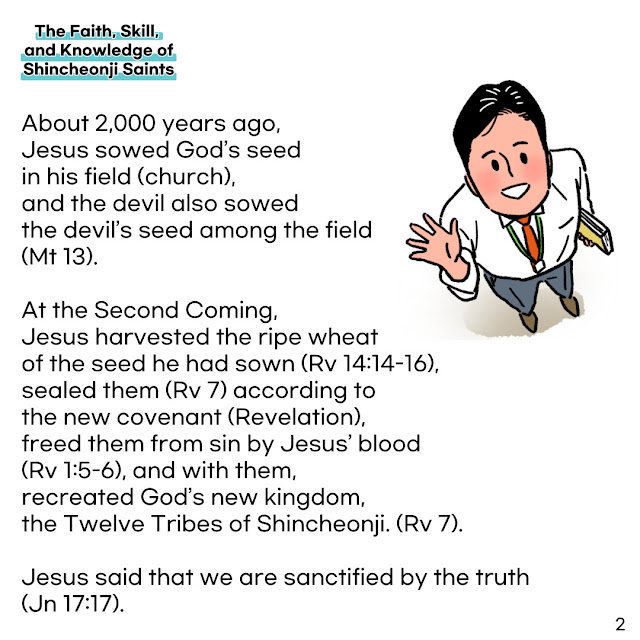 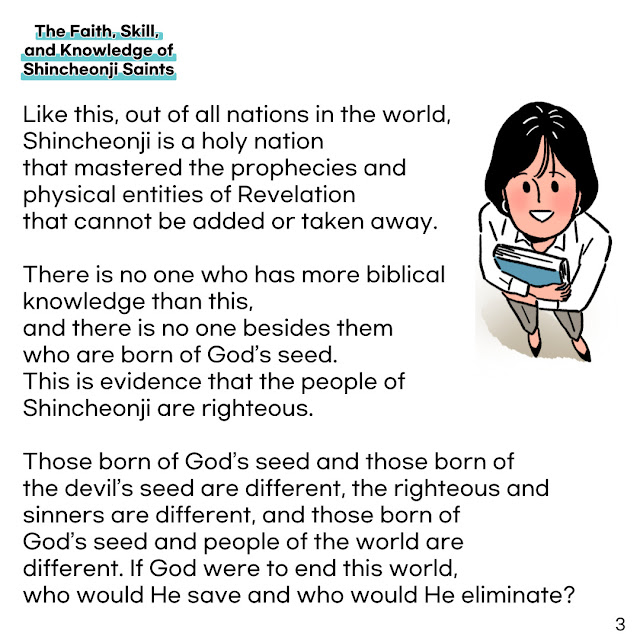 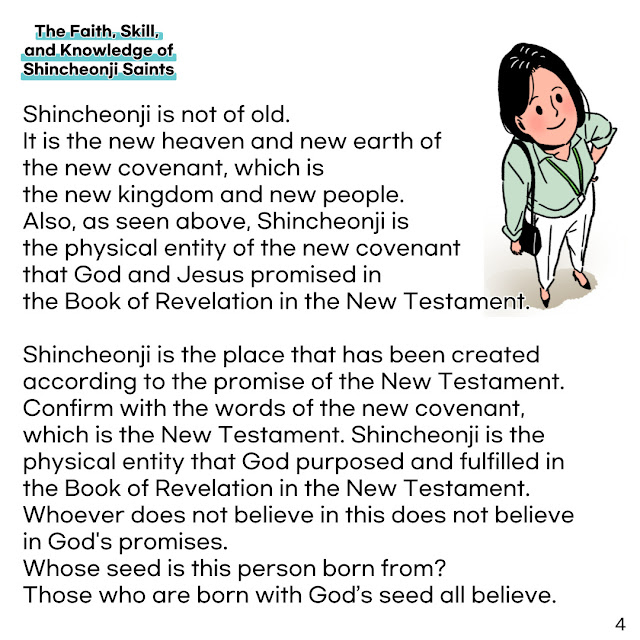 Shincheonji Church of Jesus (abbreviated as Shincheonji) is the promised kingdom and promised people of God that has been recreated after creation.

As people of heaven, Shincheonji saints have the highest biblical knowledge in the history of 6,000 years.

Furthermore, the Shincheonji saints, the promised new people, are more righteous than anyone in the biblical history of 6,000 years other than Jesus.

The following verses of the Bible testify to this.

About 2,000 years ago, Jesus sowed God’s seed in his field (church), and the devil also sowed the devil’s seed among the field (Mt 13).

At the Second Coming, Jesus harvested the ripe wheat of the seed he had sown (Rv 14:14-16), sealed them (Rv 7) according to the new covenant (Revelation), freed them from sin by Jesus’ blood (Rv 1:5-6), and with them, recreated God’s new kingdom, the Twelve Tribes of Shincheonji. (Rv 7).

Like this, out of all nations in the world, Shincheonji is a holy nation that mastered the prophecies and physical entities of Revelation that cannot be added or taken away.

This is evidence that the people of Shincheonji are righteous.

Those who are born with God’s seed all believe.