The Difference Between the Subjects of the Kingdom, the Churches of Traditions and Shincheonji, New Church (Mt 8:11-12)

The Difference Between the Subjects of the Kingdom, the Churches of Traditions and Shincheonji, New Church (Mt 8:11-12) 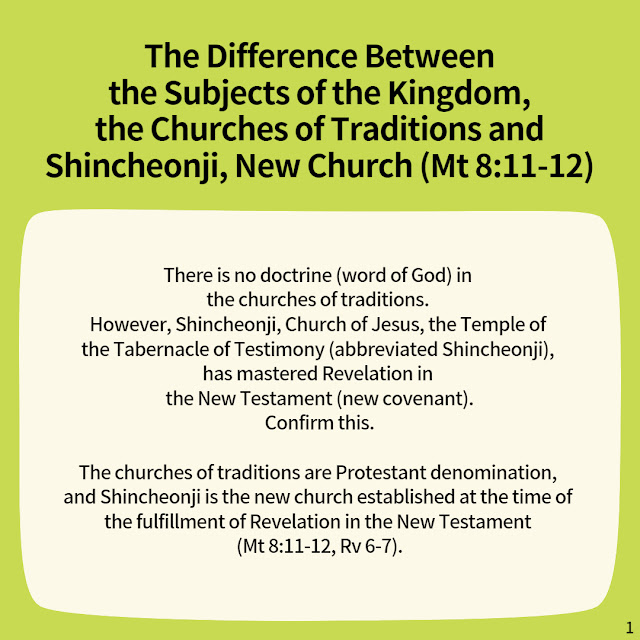 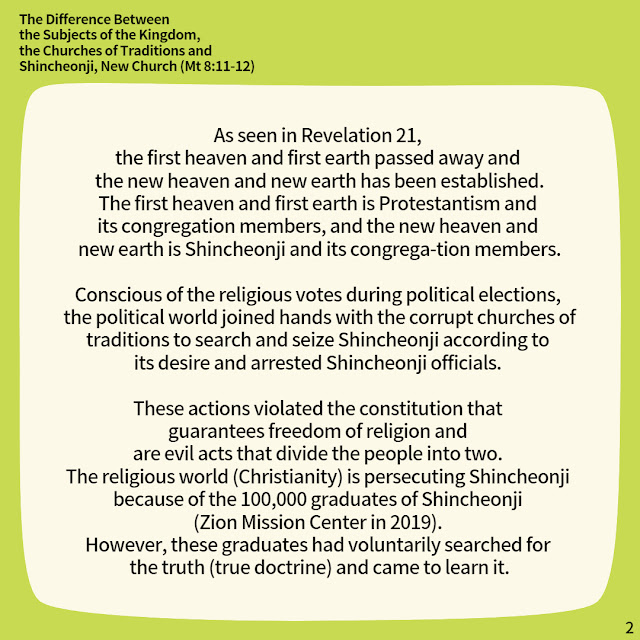 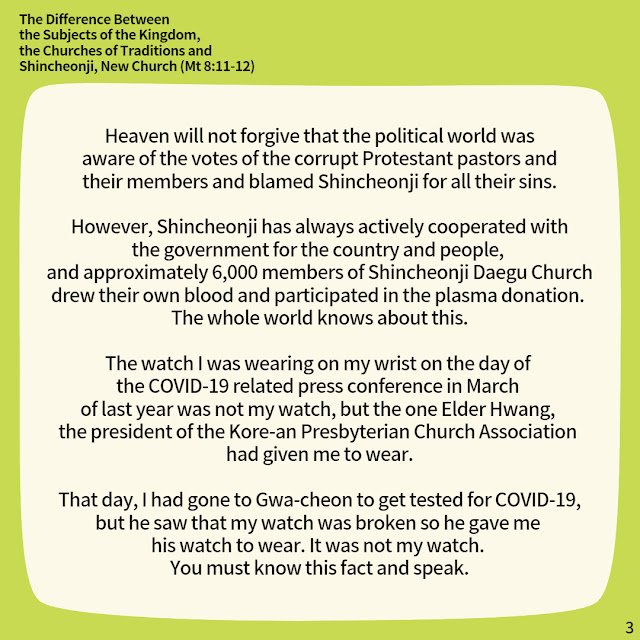 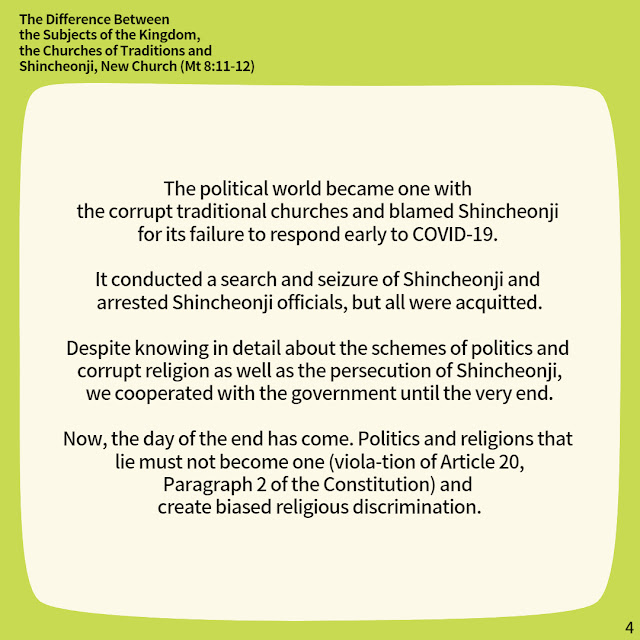 There is no doctrine (word of God) in the churches of traditions. However, Shincheonji, Church of Jesus, the Temple of the Tabernacle of Testimony (abbreviated Shincheonji), has mastered Revelation in the New Testament (new covenant). Confirm this. The churches of traditions are Protestant denomination, and Shincheonji is the new church established at the time of the fulfillment of Revelation in the New Testament (Mt 8:11-12, Rv 6-7).

Conscious of the religious votes during political elections, the political world joined hands with the corrupt churches of traditions to search and seize Shincheonji according to its desire and arrested Shincheonji officials. These actions violated the constitution that guarantees freedom of religion and are evil acts that divide the people into two. The religious world (Christianity) is persecuting Shincheonji because of the 100,000 graduates of Shincheonji (Zion Mission Center in 2019). However, these graduates had voluntarily searched for the truth (true doctrine) and came to learn it.

Heaven will not forgive that the political world was aware of the votes of the corrupt Protestant pastors and their members and blamed Shincheonji for all their sins. However, Shincheonji has always actively cooperated with the government for the country and people, and approximately 6,000 members of Shincheonji Daegu Church drew their own blood and participated in the plasma donation. The whole world knows about this.

The watch I was wearing on my wrist on the day of the COVID-19 related press conference in March of last year was not my watch, but the one Elder Hwang, the president of the Kore-an Presbyterian Church Association had given me to wear. That day, I had gone to Gwa-cheon to get tested for COVID-19, but he saw that my watch was broken so he gave me his watch to wear. It was not my watch. You must know this fact and speak.

The political world became one with the corrupt traditional churches and blamed Shincheonji for its failure to respond early to COVID-19. It conducted a search and seizure of Shincheonji and arrested Shincheonji officials, but all were acquitted. Despite knowing in detail about the schemes of politics and corrupt religion as well as the persecution of Shincheonji, we cooperated with the government until the very end.

Now, the day of the end has come. Politics and religions that lie must not become one (violation of Article 20, Paragraph 2 of the Constitution) and create biased religious discrimination.